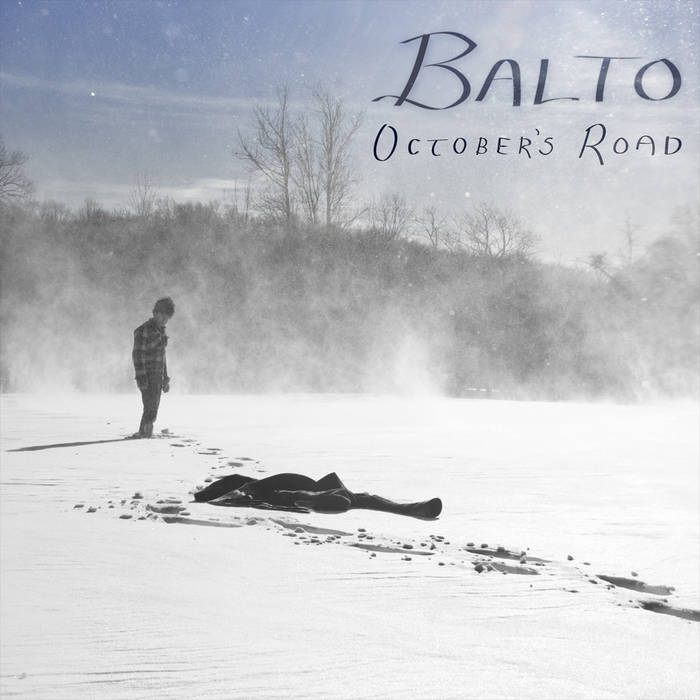 Martin Elliott Dan Sheron has a rare talent for telling compelling stories set to incredible music. October's Road is a thing of beauty, a record to get lost in at a time when too many see music as either a disposable single use commodity or as sonic wallpaper. Fantastic. Favorite track: The Lover.

davekillcountysmith If an independent arbiter spent time in my head and emerged to say this is my favourite ever album, I would not be able to argue with that decision. Favorite track: October's Road.

Justin Twardowski So hard to pick a favorite, because they're all so fantastic. I have a soft spot for the slower tracks at the end of the album. Favorite track: Home November Shore.
more...

Balto came into being when Daniel Sheron abandoned his life in Moscow, Russia and went alone into Siberia. Against an ever shifting backdrop of railways and desolate wastes, he wrote a cycle of songs to tell the story of what had happened in that strange country, why he had exiled himself, and why he thought it mattered. In train cars and crumbling cities he encountered PEOPLE, and they inhabited the songs he was writing and the notes he was taking. In the fall, Daniel brought Balto back to America and called his friends to record an album in one day. On December 15, 2010, six people entered a basement in Brooklyn, New York and emerged that night with an album that no one had expected. October's Road.

Interlude on track 7 performed by Molio Sheron, "Don't light the fire"
words by D.M. Rathaus, music by A. Spiro

Cello and Vocal on tracks 1, 2, and 7 by Ava Kerr
Trumpet on tracks 6 and 10 by Koby Williamson

Heartfelt thanks go out to everyone who has touched this project and been in my life, but especially to my parents who have given me everything I will ever have, to my brothers and their families, to my friends who I love dearly, and to Liza.

Bandcamp Daily  your guide to the world of Bandcamp